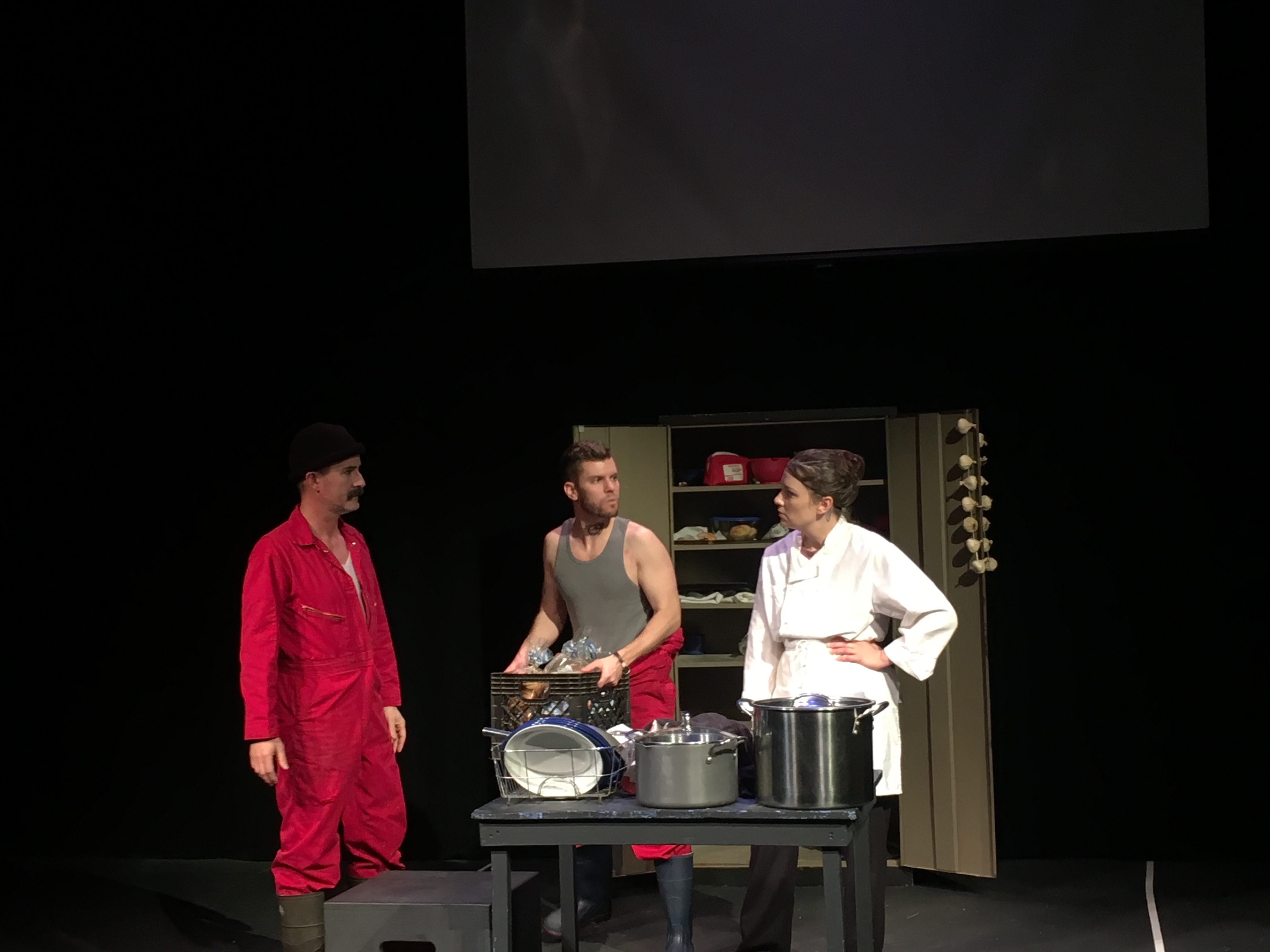 An example of ‘Fact-Inspired Drama,’ Cifras is based on the plight of the Francisco y Catalina, a Spanish fishing boat that in July of 2006 rescued fifty-one migrants (Eritreans, Moroccans, and Pakistanis) in the Mediterranean Sea, approximately one hundred miles from the coast of Malta. The majority of the migrants were men, though the group also included two pregnant women and one two-year old infant. As the boat made its way to Malta – the closest destination – the fishing vessel was stopped and refused entry to the Maltese port of Valletta. What followed was a weeklong maritime standstill as diplomatic negotiations got underway regarding possible and willing host countries for the migrants. Meanwhile, hygienic and living conditions rapidly deteriorated on board, and while the politicians negotiated the future of the migrants, the present of those aboard the boat was one of escalating human drama and tension.

Cifras opens the day after the boat (here named the Circe) has rescued the migrants. At the outset we are introduced to the characters of the Cocinero, the Marinero, the Patrón, and his wife and owner of the Circe, Carmen. Through the dialogue between the Cocinero and the Marinero we are made aware of the lack of food available for all of the migrants and crew (a total of sixty-one mouths to feed aboard a boat with space and provisions for eleven crew members). As the Patrón struggles to call and make contact with Carmen it is revealed that he deals with a parallel personal struggle. As a recovering alcoholic, the strenuous situation aboard the Circe will test the limits of his sobriety.

Back on land, it is Carmen who makes the decisive move to contact the Spanish Ambassador in Malta in order to incite the respective governments into action. Carmen additionally uses her laptop computer to begin an online chat thread with the Circe as the primary subject of discussion and as a catalyst for a larger discussion on immigration and opinions surrounding refugees. Through the online chat, we catch a glimpse of the array of public viewpoints and sentiments – both positive and negative – that further invite the individual spectator to consider his/her own thoughts regarding this current global issue.

Appearing intermittently and in a separate onstage space are the three government officials (the Embajadora Española, the Mediador de la Unión Europea, and the Ministro de Exteriores maltés), whose claims to authority and formality in their ‘official’ negotiations are undercut by the humor and comedic elements evident in their interactions. Whether they are interrupting each other, speaking so fast that it is impossible to understand the content of their utterances, or childishly ignoring each other’s opinions, these three characters expose their own hypocrisy and the performative nature of government negotiations. Their final joy and celebration (described in the stage directions as if they were a soccer team that has just won the World Cup) exposes the ways in which governments willingly accept the merits of positive outcomes, while upstaging the main actors of the drama (here exemplified by the commercial fishermen and Carmen), cast out of a negotiation in which they are directly implicated.

Aboard the Circe tensions escalate as the initial distribution of migrants includes the possibility of sending ten to Libya. Fearing for their safety and in the face of possible torture in refugee internment camps, the migrants pen a letter expressing the dangers that await them should they be returned to Libya. The Patrón takes a picture of the letter which is then sent to various media outlets, provoking both public and international outrage, and serving as an affront to the countries currently in the process of negotiations. The Circe is forced to further retreat from the coast of Malta, and the breakdown of his relationship with his wife causes the Patrón to finally open and drink the bottle of vodka which had previously served as a symbolic reminder of his sobriety. Hungover the next day, a fight ensues with the Marinero, disgusted at the Patrón’s lack of dignity and character in the face of difficult circumstances. As the Cocinero tries to separate the two, he suffers a heart attack, the result of a week of sleep deprivation and exhaustion. The final scene takes place in a hospital room in Malta where the Cocinero lies in bed recovering while the Marinero reads him a letter of thanks – the second letter penned by the migrants – for the rescue and care shown over the course of the week, and the Patrón stands at the window looking out at the view. The Patrón’s final words before exiting the room and providing closure for the play – “To set sail. We have to keep fishing” – points to the fact that even though this particular event was ultimately resolved successfully, the issue of immigration and of refugees risking their lives while attempting to cross the Mediterranean is a chronic and ongoing reality.